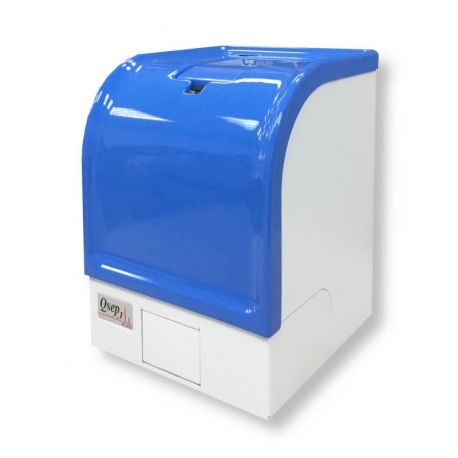 The Qsep1™-PLUS is a single-channel CE system, designed to be utilized in small throughput or mobile labs (operated at 12 V DC), which provides a complete biotechnology solution also for field applications.

The Qsep1-PLUS instrument features a capillary gel electrophoresis (CG) core integrated with a high sensitivity LED-induced fluorescence detector and 1~16 well auto-sampler. The replaceable gel-cartridge automatically regenerates the capillary gel between runs and can be utilized for up to 200 sample injections providing robust and superior results for all kinds of molecular genetic analysis applications.

The Qsep1-PLUS, with a variety of replaceable gel-cartridge kits is specifically designed for DNA, RNA and Protein analysis providing reproducible and accurate test results in minutes.

It is important to note that all ions, positive or negative, are pulled through the capillary in the same direction by electroosmotic flow. The analytes separate as they migrate due to their electrophoretic mobility, and are detected near the outlet end of the capillary. The output of the detector is sent to a data output and handling apparatus such as an integrator or computer. The data is then displayed as an electropherogram, which reports detector response as a function of time. Separated chemical compounds appear as peaks with different migration times in an electropherogram.

CE uses separation based on the difference in solute size as the particles migrate through the gel. Gels are useful because they minimize solute diffusion that causes zone broadening, prevent the capillary walls from absorbing the solute, and limit the heat transfer by slowing down the molecules.  A commonly utilized gel apparatus for the separation of proteins is capillary SDS-PAGE.  It is a highly sensitive system and only requires a small amount of sample.

BiOptic's CE technology is a vertical electrophoresis system with a novel fluorescence detection : 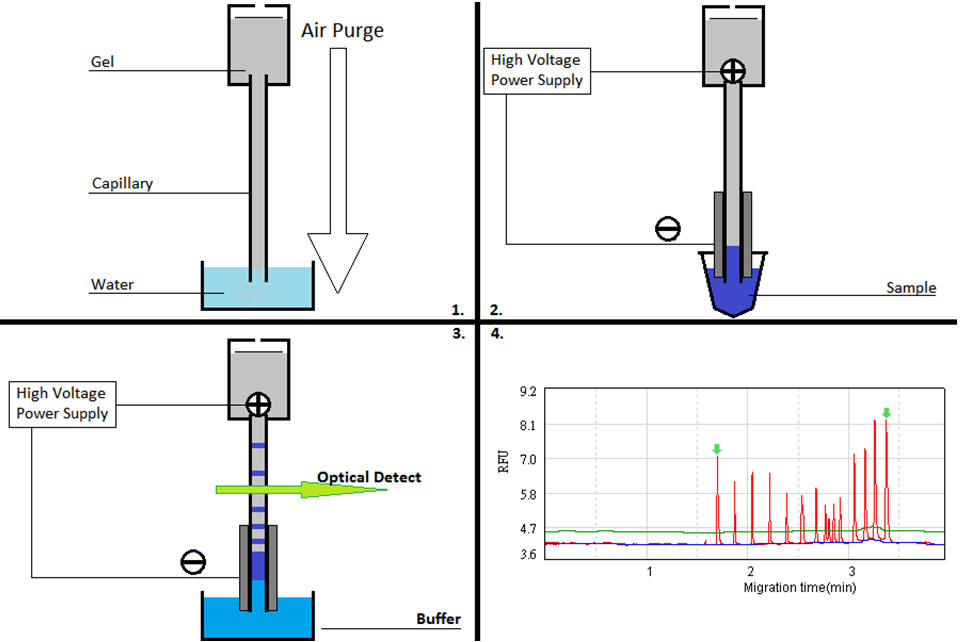 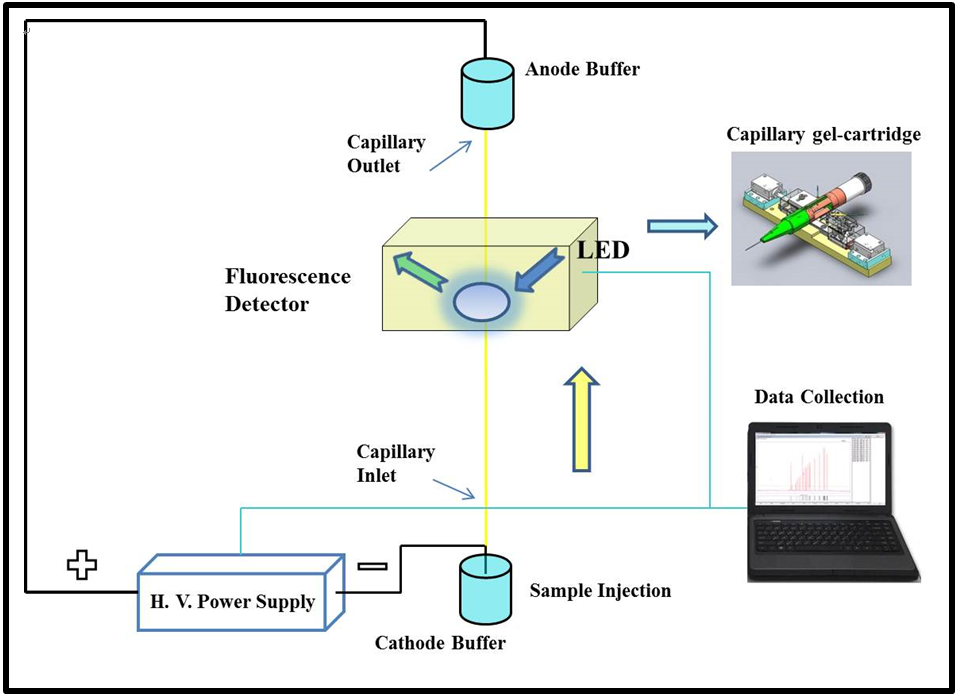 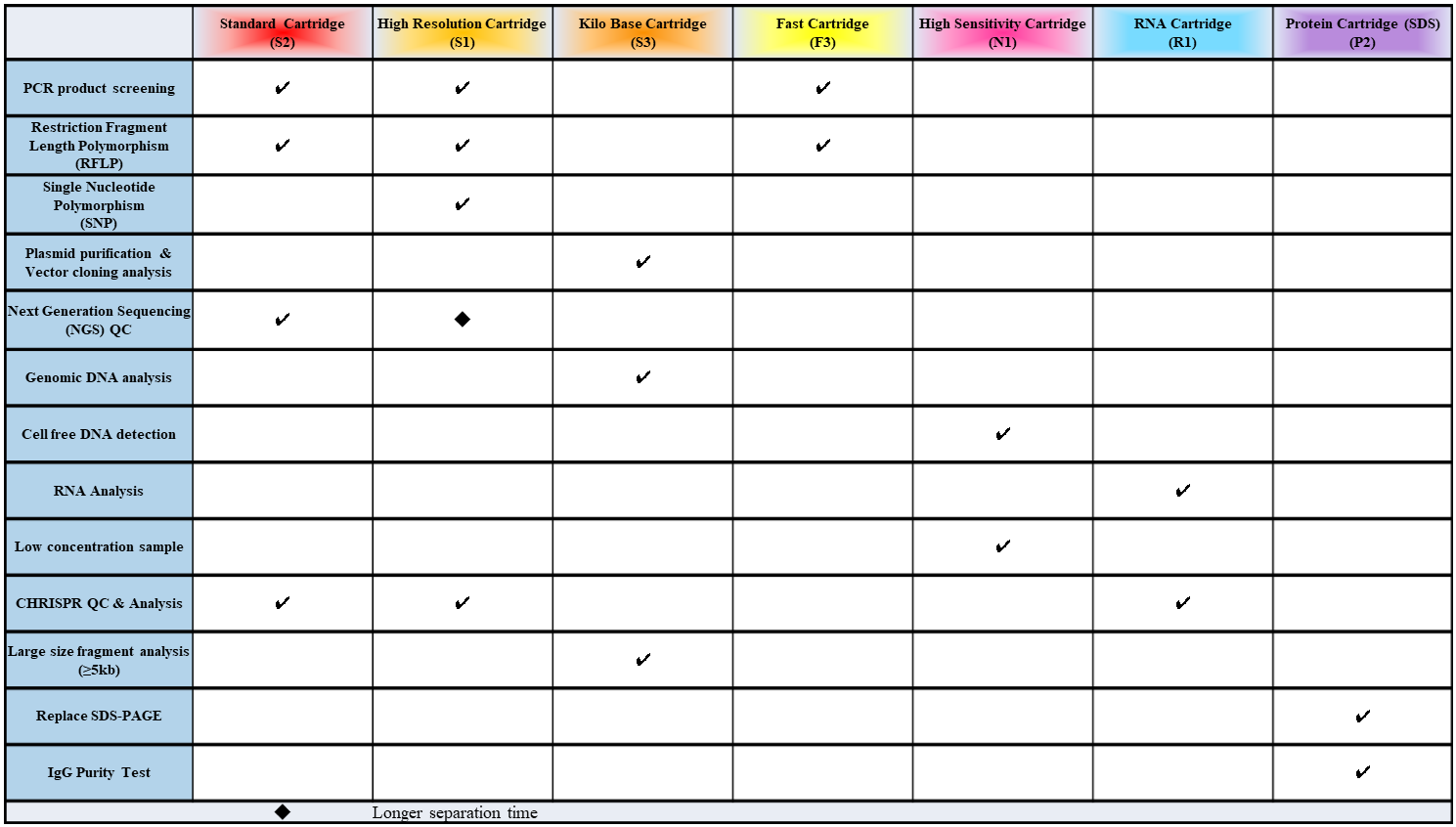